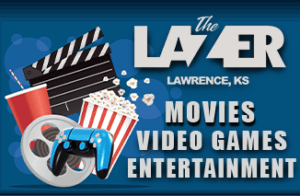 Paramount Plus will celebrate Star Trek Day with a special live stream event featuring interviews with cast and crew, panel discussions, and events for fans. Find out more and check the schedule here!

Fans can expect several announcements about new releases as they celebrate Disney Plus Day and begin the D23 Weekend Expo in Anaheim. As a celebration of Disney Plus Day, users will be able to sign up for a month of the streaming service for only $2!

In the latest episode of House of Dragon, viewers noticed a small green screen mistake where the “missing fingers” of Visery could actually be seen. HBO says they will release an edited episode this week.

DC FANDOME IS CANCELED THIS YEAR

Instead of hosting their online convention, DC FanDome, DC has announced that they will be joining several in-person conventions around the world.

Tituss Burgess will narrate the new animated reboot of Teletubbies coming to Netflix on November 14th.